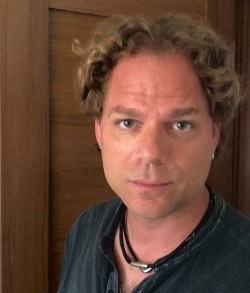 an is a graduate of West Point. He served as an officer in Italy. After the military, he happily took up the pursuit of the life and times of a writer and teacher. Writers he’s studied under over the years include Ernest Gaines, Philip Gerard, Luis Urrea, Rebecca Lee, Jonathan Baumbach, and Carey Harrison. In 2001, he completed a Master of Fine Arts in Fiction at Brooklyn College. Morgan presently lives in Japan, dividing his time between writing, teaching, and dreaming up experiential immersions in Japanese culture under the moniker ThinkNGo.

Jessie Roy was named First Runner-Up for her novel-in-progress, Brides. Jessie received $1,000.She holds an MFA from Syracuse University and is currently a PhD candidate and Distinguished Dissertation Fellow at the University of Wisconsin-Milwaukee, where she serves as Fiction Editor for Cream City Review.

Her short fiction has appeared in American Literary Review and is forthcoming in The Journal. Jessie is a three-time Hopwood Award winner, a Pushcart Prize nominee, and a finalist for several recent literary awards and prizes, including the Wisconsin Institute of Creative Writing Fellowship and the American Literary Review Award in Fiction. She grew up in western Kentucky and now lives in Manhattan with her wife.