The 27th annual James Jones First Novel Fellowship has been awarded to Marco Kaye of Maplewood, New Jersey, for his novel, Levon. Kaye was named Fellow and will receive a  $10,000 check. The Fellowship is co-sponsored by the James Jones Literary Society and the Maslow Family Graduate Program in Creative Writing at Wilkes University. 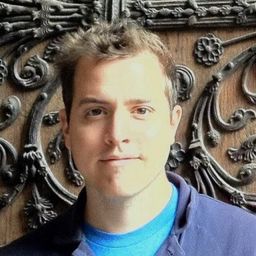 The James Jones First Novel Fellowship was established in 1992 to “honor the spirit of unblinking honesty, determination and insight into modern culture as exemplified by (the writings of) James Jones.” The Fellowship is awarded annually to a North American writer of a novel-in-progress.

Fellow: Marco Kaye holds an M.F.A. from New York University’s Creative Writing program where Lorrie Moore was his thesis advisor. His writing has been published in The New Yorker and McSweeney’s, among others. He is a copywriter and creative director.

Synopsis of Levon: Levon “Lee” O’Connell has every reason to hate being a teenager in the mid-90s. At age seven, Lee developed systemic juvenile idiopathic arthritis, an autoimmune disease. The disease has stunted his growth, confined him to a wheelchair and racks his body with unpredictable pain. Medical bills have driven his lower middle-class family into bankruptcy. To take his mind off his condition, Lee finds solace in his computer. He codes his own video games.

When Lee seeks help on a tricky piece of code, he meets Sunny, an acolyte of Deva, the self-styled CPR Guru. Based on the real-life Dr. Frederick Lenz, Deva introduces Levon to meditation, faith and his first source of income. Lee learns to heal himself. But Deva, and Sunny, aren’t all they say they are. 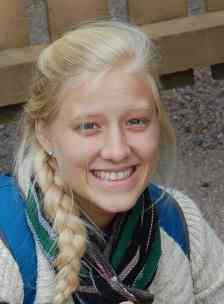 Runner-Up: Latifa Ayad is a winner of the Master’s Review Flash Fiction Prize and the Indiana Review 1/2K Prize. In 2018 she was awarded a MacDowell Fellowship. Her work has been published or is forthcoming in North American Review,  Crab Orchard Review, The Normal School, and Whiskey Island Magazine, amongst others. She has worked as Assistant Fiction Editor for The Southeast Review, and holds her MFA from Florida State University. 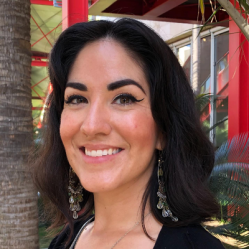 Runner-Up: Lorinda Toledo is a writer raised in New Mexico, where her family has lived for many generations, though Los Angeles has been her home for more than a decade. A stand-alone excerpt from The Nature of Fire was published in the Winter 2019 issue of the Mississippi Review, and her most recent short fiction is forthcoming in The Normal School. She earned a PhD in Literature with Creative Dissertation of fiction from the University of Nevada, Las Vegas, where her writing and research were supported by multiple awards, including a Black Mountain Institute Fellowship and a Barrick Graduate Fellowship. She was previously a fiction editor at Witness literary magazine, and an assistant editor at Lunch Ticket. She teaches at Antioch University Los Angeles, and is a freelance journalist, editor, and writing coach.

The JJLS thanks the many first-readers of the more than 550 submissions, Joyce Anzalone of the Maslow Family Creative Writing Program for administering the Fellowship, the three final judges for 2019 and Don Sackrider, JJLS Board member, Charles Robb, who provided the seed money for the Fellowship. Both Sackrider and Robb were members of the Handy Writers’ Colony.