Alicia Upano, whose hometown is Wahiawa Hawai‘i, has been named the 2018 James Jones First Novel Fellow for her novel, Big Music. Upano’s manuscript was selected from more than 650 submissions. Nancy Johnson is runner-up for The Kindest Lie. Honorable mention awardees are Deborah Good for Viktor Schmitz and Megan Roberts for Life on a Planet That Follows the Sun.

The JJFNF honors the spirit of unblinking honesty, determination, and insight into cultural and social issues exemplified by the late James Jones, author of From Here to Eternity and other prose narratives of distinction. Jones himself was the recipient of aid from many supporters as a young writer and his family, friends, and admirers have established this award of $10,000 to continue the tradition in his name. The fellowship is co-sponsored by the James Jones Literary Society and Wilkes University, Wilkes-Barre, Pa.

The 2018 judges were: Louise Wareham Leonard, novelist and winner of the James Jones First Novel Fellowship with her novel Since You Ask; Taylor Polites, novelist, and author of The Rebel Wife, and Nina Solomon novelist and author of Single Wife and The Love Book. 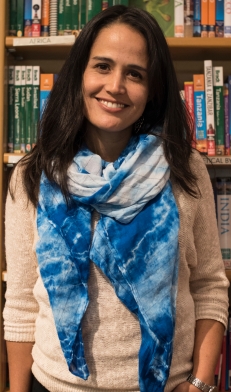 Big Music, by Alicia Upano, left, is the story of a family of Hawai‘i: a guitarist, his long-missing wife, and their two grown children who will never forget the day their mother left. It traces Hawai‘i’s history from the 1941 Pearl Harbor bombing to its 1959 admission into the union to the late 1960s era of the Hawaiian Renaissance and Vietnam era.

Upano is the fiction winner of the 2016 Poets & Writers Maureen Egen Writers Exchange Award Hawai‘i. Her fiction has appeared or is forthcoming in Asian American Literary Review, Bamboo Ridge, Hyphen, and The Massachusetts Review. She holds degrees from the University of Massachusetts and San Diego State University, received awards for her journalism work on both U.S. continental coasts, and lives on O‘ahu with her family. (Photo credit: Alycia Kravitz) 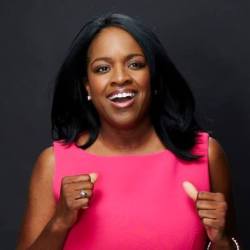 The Kindest Lie, a novel by Nancy Johnson, left, explores motherhood, family, and the fallout from the choices of our youth. A black female engineer in Chicago desperately wants to reconnect with the son she walked away from eleven years ago when she gave birth to him as a teenager. When she returns to her hometown in Indiana to find him, she forms an unlikely friendship with her son’s best friend, an eleven-year-old white boy who is adrift and searching for a place to call home. The story unfolds at the height of the auto industry collapse and illuminates the promise and limits of hope at the start of the Obama presidency.

Johnson is an award-winning, Emmy-nominated journalist whose work has appeared in O, The Oprah Magazine. She was selected as a writing Fellow in 2018 for Kimbilio Fiction and the Tin House Summer Workshop.